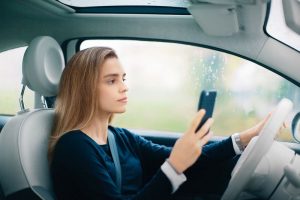 If you have been injured in a car accident, motorcycle wreck, or semi truck collision, due to no fault of your own, you may have OBX ACCIDENT LAWYER DANNY GLOVER a claim for negligence. An action for damages often includes medical expenses, physical therapy, prescriptions costs, lost wages, pain and suffering, and property damage to your vehicle.

We are here to help you get through the process. Since 1994, OBX Lawyer Danny Glover has been serving personal injury victims and their families throughout Northeastern North Carolina, the Outer Banks and surrounding areas in Kitty Hawk, Nags Head NC, Kill Devils Hills, Corolla, Duck, and Manteo.

Because of our experience, the injury lawyer at Glover Law Firm can handle a variety of personal injury cases, including those that involve:

Don’t wait to take action. You have a limited amount of time to file a personal injury lawsuit after an accident in North Carolina. To learn more, contact Glover Law Firm today.

Thanks for visiting the site. As you’ve probably seen, I have a number of pages for specific types of injury cases, motorcycle wrecks, bike wrecks, truck wrecks, car wrecks. But I want to talk to you for a little bit about personal injuries in general.

You may have even gotten to my site by typing in the word “personal injury lawyer” but what does that really mean? Well, personal injuries are … That word encompasses a bunch of different types of civil cases. Cases involving claims against insurance companies, cases that could end up resulting in a lawsuit against the person responsible for causing you an injury.

What are the Benefits of Hiring a Lawyer?

Different than criminal cases. We’re not talking about crimes or criminal charges or prosecutors. We’re talking about claims against insurance companies for the money owed because of the harms and losses suffered by an injury.

You could suffer the injury in any number of ways. Jet skis, nursing home, medical malpractice, car wreck, truck wreck, falling on a dangerous floor, falling down dangerous or unlit steps, it could be any number of things.

What are we trying to accomplish with these injury claims? Well, North Carolina law says that a person injured through the negligence or carelessness of another is entitled to certain elements of damages. Now, that’s lawyer talk for the reasons you’re entitled to money.

The easy ones, medical bills. But, you know, medical bills aren’t quite so easy as they used to be because several years ago, OBX lawyers Outer Banks Attorney Danny Glover FREE CASE EVALUATION North Carolina law changed and so now you’re only entitled to a certain part of your medical expenses.

Pain and suffering. That is the physical pain and the mental aggravation that you suffer because of the wreck and the injuries. There’s no formula for that. That’s subject to discussion and negotiation with the insurance company or it’s up to the jury to decide how much you’re entitled to based on the facts and circumstances of your case, the proof you present in court, and then them using their common sense about what that’s worth.

Future medical bills. If your doctor says that more likely than not you can reasonably expect to have certain medical procedures in the future, then you are entitled to get in your settlement now enough money necessary to pay for those in the future. Future pain and suffering. If you have to have future surgery, you’re going to have to have a future recovery. You’re going to have to have future pain. You’re going to have to miss work in the future. You’re entitled to all of that when your case is resolved now, so that you are not out of pocket when that occurs in the future. Permanent scarring is another element of damages. Wrongful death. If you’ve lost a loved one, a family member, due to the carelessness or negligence of another, then wrongful deaths are a type of personal injury case and they have their own complicated set of damages that you are entitled to recover from the at fault person and his or her insurance company.

Now, in North Carolina, our personal injury cases are complicated by a very unfair area of law called contributory negligence.

What that means is in North Carolina, if you contribute in any way to your own wreck, fall, injuries, whatever, you are not entitled to recover a penny from the other person or their insurance company.

Even in a scenario where you are 5% at fault and the other person is 95% at fault, the law in North Carolina is you can recover nothing. Insurance companies use that defense as leverage to try to low-ball your settlement. That’s a very real problematic area of personal injury law that lawyers have to deal with on a daily basis.

The other area that we have to deal with is the interplay between your health insurance, your medical treatment from the wreck or the fall, and the automobile insurance. Sometimes health insurance companies are entitled to reimbursement from your settlement, sometimes they’re not.

A lot of times, I talk to people a year or two after their wreck and they’ve tried to handle it on their own. Then they come to me and they want me to take over at that point. I can do that and I’ve done that many, many times.

But perhaps the best advice that I can give to you is contact an experienced injury attorney as soon as possible following your injury so that the attorney can help you avoid making mistakes that are going to cost you money from your settlement. Those mistakes, there could be a million of them. The sooner an attorney is involved, the better off you will be, I can promise you.

If you have any questions about a personal injury case, please call me. Again, I’m Danny Glover, Glover Law Firm. (252) 299-5300 or you can email me at danny@dannygloverlawfirm.com.

Personal Injury
North Carolina Law Updates - Personal Injury
Client Reviews
★★★★★
"Mr. Glover & his firm are very professional, fast, informative and on top of it! He helped me with my personal injury case and I could not have asked for anything better. Thank you to your firm for making my life better during a trying time. He actually cares about his client's well being and that is not something you come across often. I am thankful!" Chanel N.
★★★★★
"Danny helped my mom when she was badly injured and he was so great and he explained everything she needed to know. He kept her very informed on what was going on every day." Jenniffer B.
★★★★★
"Danny is amazing. So helpful, informative, & understanding. I'd recommend him to anyone in NC who needs great representation! He's been there every step of the way, for over a year now helping me understand all the ins and outs of my personal injury case from an automobile accident for my son and I. He truly is one of a kind!" Nikki D.
★★★★★
"I can’t express how much Danny helped me after my car wreck. He stood by me for three years through three surgeries, physical therapy, and learning to walk again. His work ethic is top notch! He always answered any question I had quickly and truthfully. I never dreamed I could get the settlement I did! If it wasn’t for Danny I would have settled for much less. I will recommend Danny to everyone I talk to! He’s the best." Laura P.
★★★★★
"My daughter was in a terrible car accident. We were so worried about medical bills, the rehabilitation she would need, the scars on her beautiful body, and the permanent damage to her shoulder and back. Trying to think about focusing on getting well is close to impossible when you’re faced with all of that worry. After ONE meeting with Danny Glover, the worry was gone and the healing began ..." Kim D.
View More
Submit a Law Firm Client Review