Large commercial motor vehicles, such as tractor-trailers, flatbed trucks, tanker trucks and dump trucks, play a crucial role in our Northeastern North Carolina economy. However, when these mammoth trucks are poorly maintained or negligently operated on our streets and highways, they can cause catastrophic and even fatal injuries to drivers in smaller, lighter passenger cars, motorcyclists, bicyclists or pedestrians. Truck drivers, after all, accounted for only 15 percent of the 3,380 people killed in large truck crashes in the U.S. in 2009.

Trucking companies are aggressive when it comes to defending lawsuits. Truck accident litigation also involves complex issues, such as determining the cause of the crash and the parties responsible. Truck wrecks can also involve navigating through a variety of state and federal regulations. That’s why it is important to work with a skilled, knowledgeable truck accident attorney if you or a loved one has been harmed in a large truck crash.

At Glover Law Firm, our truck accident attorney and staff draw on decades of experience and the expertise of highly qualified investigators and experts to develop your case and protect your rights and interests. Danny never backs down from trucking companies or their insurers, and Danny are passionate about securing the compensation that our clients need and deserve.

Attorney Danny Glover Jr., in fact, has been widely recognized for his legal skills and knowledge in this area of the law and has chaired the N.C. Advocates for Justice Auto Torts Section in addition to serving for several years on its Board of Governors.

For more than 22 years, we have helped truck accident victims throughout the state especially in Northeastern North Carolina and the Outer Banks, including those in Elizabeth City, Edenton, Hertford, Camden, Manteo, Nags Head, Kill Devil Hills, Duck, Corolla and surrounding areas in Pasquotank, Camden, Dare, Currituck, Perquimans, Chowan and Gates counties. Our results include some of the largest verdicts and settlements in Northeastern North Carolina history.

If you or a loved one has been hurt by the negligence or recklessness of a trucker or trucking company, call our truck accident lawyers today at (252) 299-5300 or use our online form to learn how we can help you. We provide free consultations and charge no fee unless you recover damages.

As our Northeastern North Carolina economy has grown, heavy truck traffic has increased. More and more 18-wheelers, semi-trucks and big rigs can be found on our streets, highways and interstates these days, heightening the risk of accidents, injuries and deaths.

According to N.C. Department of Transportation data, 75 large truck crashes occur annually in the seven-county region of Pasquotank, Camden, Dare, Currituck, Perquimans, Chowan and Gates, killing three people per year and injuring 37 others.

In his experience of representing the victims of large truck accidents, Danny has seen issues commonly arise regarding the cause of the crash and identity of the parties responsible.

Several factors can contribute to a tractor-trailer wreck, but the most common causes identified by the National Highway Traffic Safety Administration are:

There may be many parties who can be held accountable for the truck accident, including the truck driver, trucking company and truck manufacturer. The business structures of these companies can often be very complex and scattered across the country.

In order to preserve important evidence, such as the truck itself and the driver and company’s logbooks and records, it is important for an experienced attorney to become involved in a truck accident case right away.

At Glover Law Firm, our truck accident attorney, staff, investigators and experts will get to work immediately on your case in order to protect your rights and interests in a personal injury or wrongful death lawsuit. We will stay aggressive throughout your case, working relentlessly to secure the medical expenses, funeral costs, lost wages, lost financial support, physical pain, emotional suffering and loss of the care, companionship and comfort of a loved one that you and your family are entitled to receive. In some cases, a truck driver’s carelessness may have been so egregious as to warrant punitive damages.

We’ll also keep you regularly updated about the progress of your case. Our attorney and staff are always available to take your phone calls and meet you in person to discuss your case. If transportation is a problem, our attorney will even come to you or meet by video conference.

Attorney Danny Glover Jr. is a seasoned negotiator, accomplished trial lawyer and a passionate advocate for the rights and interests of his clients. He has more than 24 years of legal experience and have helped thousands of personal injury victims and their families to recover favorable verdicts and settlements. For his work, Danny Glover, Jr. has earned recognition from North Carolina Super Lawyers, The Million Dollar Advocates Forum and N.C. Advocates for Justice, among others.

For a free consultation about your truck accident case, call us today at (252) 299-5300 or use our convenient online form. We charge no fee unless we are successful in our attempts to recover damages on your behalf. 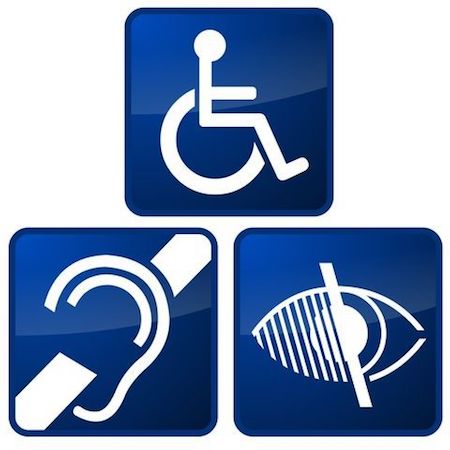 Hi. I’m Danny Glover with Glover Law Firm based in Elizabeth city but working all of Northeastern North Carolina. Been representing people injured in truck wrecks for over 22 years. Thank you for visiting my website. Feel free to look around. Check out the blog posts. I want to talk in this video specifically about how truck wrecks are treated and handled differently by me than normal car wrecks. Truck wrecks can be a lot more complicated because there’s a lot more involved both in the operation of the truck, insurance coverage issues, and typically, just because of the size of mass and the forces that a truck can impose upon a pedestrian, a motorcycle, a bicycle or a car, the injuries suffered by people hurt in a truck wreck are much more severe and oftentimes, actually result in death.

First thing we’re going to look at when we get into a truck wreck case is who are the people involved? Who owns the truck? The part upfront that’s pulling the trailer? Oftentimes, those are two different entities or people who own the front tractor part and the rear trailer part. Oftentimes, the load inside the trailer is owned by yet another person or entity. Who owns what pieces of this truck? Who owns the load because that’s going to give us information about what insurance policies apply. The next question is this an intrastate truck or is it an interstate truck? Interstate goes from state to state. Intrastate stays within the North Carolina state borders. That’s an important question because federal laws apply to interstate trucks and they don’t always or they don’t frequently apply to intrastate trucks.

Now, North Carolina is going to have its own rules and regulations about any kind of truck. We have to see what laws are going to apply to things like inspections, driver hours permissible under the federal regulations, loading, securing a load, things like that. On the Outer Banks, we have a lot of ship builders. We will often see oversized trucks on our highways pulling large yachts, large boats. Those will often have a flag car, sometimes they won’t. They’re supposed to. Sometimes, the flag car isn’t up close enough. Sometimes, the width of the boat and trailer is too large. A lot of different things going on. In Elizabeth City, we have the new windmill farm. When those windmills were being brought in, they were gigantic pieces of equipment being hauled up and down our roads.

That brings in more levels of regulation and rules that have to be followed. We have a lot of sand pits in Currituck County and so dump trucks all over the road. Those dump trucks cannot accelerate quickly. I represented a young man several years ago who was actually a passenger in a vehicle that ran into the rear of a dump truck. At first glance, it wasn’t the dump truck’s fault. In fact, the highway patrolman investigating that wreck blamed the driver of my client’s vehicle. After I hired another dump truck driver as an expert, we did some driving of a similar dump truck in that area. We brought in an automotive engineer to do some testing and measuring.

We found out that the dump truck had pulled out in front of oncoming traffic and was unable to accelerate quickly enough and thus became an obstacle to traffic that had the right of way. After all of that work and expense, we were able to shift the blame to the dump truck driver and make a very good recovery for my client’s family. There’s all sorts of different things going on with a truck wreck that are not present with your standard car wreck. Trucks are highly regulated. Lots of rules. Lots of credentialing involved in terms of obtaining a CDL. Sometimes, trucks need a CDL driver. Sometimes, they don’t.

Those are the kinds of things that make truck accident cases different and those are the kinds of things that as an injury lawyer for a truck wreck, I’m looking into so that I can get my client the best possible result for all of the injuries and harms and losses suffered by my client in a truck wreck. If you’ve been in a truck wreck, feel free to call me. Happy to talk to you, do everything I can to help you. Again, I’m Danny Glover with Glover Law Firm in Elizabeth City. My number is (252) 299-5300 or you can email me at danny@dannygloverlawfirm.com. Thanks.

Personal Injury
North Carolina Law Updates - Truck Accidents
Client Reviews
★★★★★
"Mr. Glover & his firm are very professional, fast, informative and on top of it! He helped me with my personal injury case and I could not have asked for anything better. Thank you to your firm for making my life better during a trying time. He actually cares about his client's well being and that is not something you come across often. I am thankful!" Chanel N.
★★★★★
"Danny helped my mom when she was badly injured and he was so great and he explained everything she needed to know. He kept her very informed on what was going on every day." Jenniffer B.
★★★★★
"Danny is amazing. So helpful, informative, & understanding. I'd recommend him to anyone in NC who needs great representation! He's been there every step of the way, for over a year now helping me understand all the ins and outs of my personal injury case from an automobile accident for my son and I. He truly is one of a kind!" Nikki D.
★★★★★
"I can’t express how much Danny helped me after my car wreck. He stood by me for three years through three surgeries, physical therapy, and learning to walk again. His work ethic is top notch! He always answered any question I had quickly and truthfully. I never dreamed I could get the settlement I did! If it wasn’t for Danny I would have settled for much less. I will recommend Danny to everyone I talk to! He’s the best." Laura P.
★★★★★
"My daughter was in a terrible car accident. We were so worried about medical bills, the rehabilitation she would need, the scars on her beautiful body, and the permanent damage to her shoulder and back. Trying to think about focusing on getting well is close to impossible when you’re faced with all of that worry. After ONE meeting with Danny Glover, the worry was gone and the healing began ..." Kim D.
View More
Submit a Law Firm Client Review